Future is bright at The Darren Clarke Foundation

Why I love golf, with Jim Gavin

We’re seeing more cross-generational players than ever before and Adidas are celebrating this increase in diversity with their CODECHAOS footwear franchise. Introducing CODECHAOS 22 Limited-Edition, a shoe that is helping redefine what it means to be a golfer as it has no boundaries as to who can wear it. Whether you’re an introductory player or a professional, or somewhere in-between, this shoe welcomes your game.

While it features the franchise’s refreshed construction and disruptive silhouette, this shoe contains visible differences on the exterior as the three stripes are tri-coloured. Typically, one singular colour, the three stripes feature a light, medium and dark brown stripe to celebrate individuality in the game. Inside the shoe is a unique purple sock liner which contains graphics of a group of squirrels playing golf with hints of trees, acorns, flags and other common symbols of golf.

“As a brand, we see possibilities where others see impossible, which is why we’re using the CODECHAOS franchise to unite the golf community,” said Masun Denison, global footwear director, adidas Golf. “To break the mold, we intentionally chose our loudest footwear to encourage golfers around the world to not only play as they are, but to also embrace their style of play.”

Featuring elements of the CODECHAOS model, this shoe features innovative enhancements such as the notable TWISTGRIP technology that extends in new areas such as the heel, forefoot, and sidewalls for additional grip within each swing. Displaying a bold design from recycled materials, the upper has a multi-layer performance textile that features a thin tinted PU film that promotes stain resistance and supports a waterproof warranty. Additionally, players will still experience comfort within each step as the shoe contains our BOOST cushioning technology. 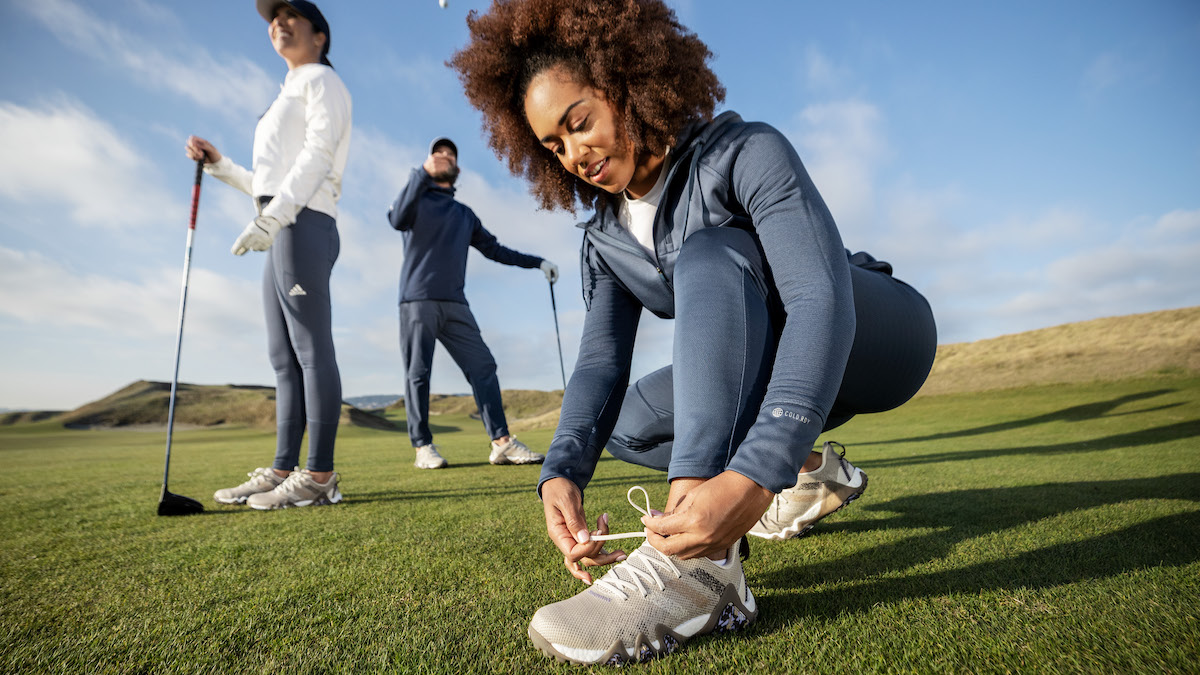 The CODECHAOS franchise isn’t for one type of golfer, which is why Adidas made it available in laced for men and women and BOA for juniors. Pushing the boundaries for style and performance, the BOA will feature new technology the franchise implemented earlier this year, including a new closure system with technical overlapping panels underneath the zipper. While featuring a premium aesthetic, the convenient on-and-off construction provides enhanced support and a customisable fit for each player.

Adidas are constantly inspired by those who approach the game differently which is why this shoe will be available in a limited-edition brown, purple, and white colourway. The tan and brown tones signify the sport’s traditions, while the purple tones represent a progressive future. Adidas find that this blend of colours represents the game today, while welcoming what’s to come.

The new CODECHAOS 22 Limited-Edition will be available beginning August 1 on adidas.com, the adidas app, and at select retailers worldwide £140 / €200

Stay ahead of the game. Subscribe to our newsletter to get the latest Irish Golfer news straight to your inbox!

The Making of John Murphy